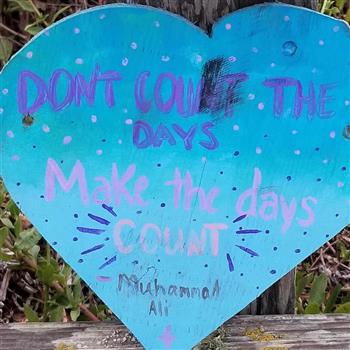 Welcome to My Page

Thank you for visiting my page! This year, I am participating in the Michael J. Fox Foundation's (MJFF) Tour de Fox Cycling Series for Parkinson's Research. My father had Parkinson’s and passed away last year. I had always heard of this disease and the tremors, but through my dad’s experience, I learned that there are many different symptoms. Looking back, depression was one of his, and my family and I had no idea. He didn’t shake, but he did have trouble with his gait, and then it felt like all of the sudden there was a whole slew of degeneration. I wish we had known more because maybe we could’ve gotten him help and treatment before things went south so fast.

Thank you for your support! - Sandy

2. JTJanet Teel
You go, Sandy! In memory of your father, and in hopes of a cure, in the not-too-distant future.