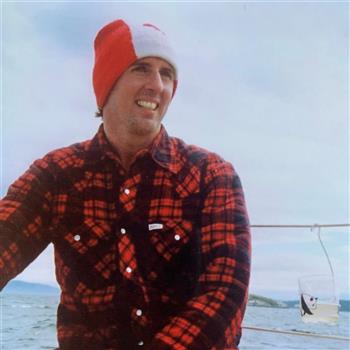 In Memory of Doug Ridenour

I was originally planning on doing a kilometer per $10 raised. I am very happy that the amount of support here has exceeded my ability to bike. I ended today at about 240 kilometers around the south of Vancouver Island from Maple Bay, through Langford, Sooke, Port Renfrew, Lake Cowichan, and back. I hope to do a couple more rides like this one in the coming weeks as I think the tour needs multiple stages. I appreciate all your support for this cause.


My dad passed away from Parkinson's in October 2019. It is difficult for me to talk about.

He was my hero and best friend.

I hope these donations allow others to spend more time with their heroes and best friends.

Thank you for your support and take care,
Nicholas Ridenour

A couple cycling stories that make me happy to think about:

In 2013 I moved to upstate New York for university. My dad decided to deliver me a pizza by bike and tent. He said delivery might be slow. After making it through Montana and North Dakota to Minnesota, he was worried about his tent in the weather. He met a police officer in McIntosh, who offered him a bed to sleep in - in jail. This resulted in an endless supply of jokes about being a pizza fugitive and being on the run. At least two thirds of them were funny.

When I was 7, part of my family went to Europe to cycle and camp. It was a big undertaking, especially with Alex having a broken leg. He was 3 or 4 at the time, so my dad towed him. Some of those climbs must have been rough. Being 7, I complained frequently and would ask how far we have to go for the next town. Dad would say "15 kilometers", which always seemed reasonable. I realized over the weeks that sometimes 15 kilometers one day felt much longer than others. After what felt like 15, I would again ask how far we needed to go. The answer would still be "15 kilometers" but with an increasingly sly grin of someone who can read a map. He was lucky I didn't really know what a kilometer was. I hope one day I can cycle 15 kilometers over and over again, just with more appreciation and more baguettes.

MJFF is dedicated to finding a cure for Parkinson's disease through an aggressively funded research agenda and to ensuring the development of improved therapies for those living with Parkinson's today.

4. HRHeather Ridenour
A wonderful tribute to your Dad. He would be so proud of you, Nick!

8. JFJill Fougner
Your dad would be proud Nicholas. He was a good man!

9. LHLesley Hartford
It makes me happy you are doing this Nick. 👍❤️

10. NRNeil Ridenour
What a loving tribute to your Dad! Stay safe and good riding Nicholas!

13. DFDiane Foug
Very inspiring Nicholas. I'm sure your dad would be very proud!

14. MHMelanie Hess
What a wonderful tribute to your father and I applaud your dedication to this worthy cause.

15. kaKim Arthurs
Your father was a wonderful man. I hope your ride is fun, memorable and successful.