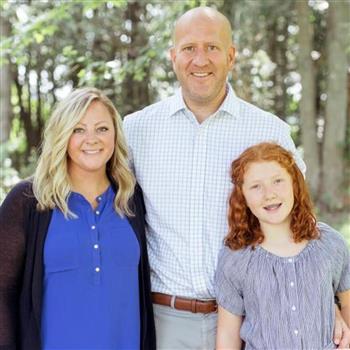 In early 2019, I began noticing that my handwriting had become illegible. After many google searches, I chalked it up as a result of getting older, excessive caffeine consumption, and stress. As the year progressed, my handwriting became worse and a colleague asked why I was using both hands to move a mouse. Again, after more googling, I determined that the cause of this was likely carpel tunnel. I decided to bring up my self-diagnosis with my primary care physician at my annual exam (doctors love when you do this, by the way). She informed me that it wasn't carpel tunnel for a number of reasons but agreed it was odd, and to let her know if it got worse so she could order an MRI of my brain. I drove home thinking she was crazy because how could someone that spent nearly a decade studying medicine, know more than me (with a degree in finance) about medical conditions? Well my right hand eventually became enough of a nuisance that I agreed to the MRI and a referral to a neurologist. After several appointments, testing of medications, and another brain scan, I was officially diagnosed with Young Onset Parkinson’s Disease.

Over the past 2 years, I have learned:

1. You should not trust google to diagnosis conditions.
2. Diseases do not discriminate.

I want to find a cure, because while I have good days where this disease doesn't bother me much, there are days when managing the many symptoms of this neurological disease are difficult. To help work towards a cure, I have committed to raising $2,000 and cycling 2,000 miles between now (February 16th) and the Tour de Fox virtual event on August 28th, 2021.

100 percent of Tour de Fox virtual ride proceeds will go directly to The Michael J. Fox Foundation’s high-impact research programs. MJFF is dedicated to finding a cure for Parkinson's disease through an aggressively funded research agenda and to ensuring the development of improved therapies for those living with Parkinson's today.

For those that would like to track my progress towards 2,000 miles, I will be updating this page with my mileage frequently. I will need to ride an estimated 75 miles per week!

Thank you for your support. - Samantha

3. EWErin Whitaker
You’ve got this!

7. JBJamie Braskett
Such an inspiration!! Love you always💜

8. ?Anonymous
As Christine D'Ercole would say, your team has our hand on your back Sam!
9. JJohn and Ashley
We love you Sam.

15. BMBruce McCrea
Never give up and ride safe!!

17. TNTerry Needles
That's a lot of miles but I know you'll get there!

21. RKRebecca And Alan Kamen
Go for it!

22. PSPeggy Stevens
You got this lady! Love you!

28. KKKayne And Kathleen Kirby
Happy to support you! Enjoy your rides. Let's get together for a drink soon.

32. APAja Price
Bless you Samantha! Cami & I will be rooting hard for you!

33. AKAmy Kelly
Sorry to hear this but stay strong. You’re a rock star!! Love ya, Amy

37. SGSheena Ginn
You got this!

43. JRJamie Rizer
You’ve got this!! I’ll cheer you from the virtual sidelines 🤣!